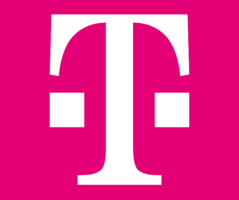 On the tower side, the master lease agreement with T-Mobile was good news for Crown Castle International, but an order for small cells  from the  carrier  was what really turned heads. Daniel Schlanger, chief financial officer, said at the recent virtual Citi AppsEconomy conference that the public tower company received the largest small cell order in its history with a commitment from T-Mobile for 35,000 small cells over the next five years, according to a Seeking Alpha transcript.

“And that is a really substantial number,” Schlanger said. “We view that as a significant turn in the overall activity levels in the small-cell business, and it gives us a lot of confidence that the strategy that we have pursued over the last 10-12 years is coming to fruition in a way that will provide significant value for our shareholders.”  As a  result, annual small cell builds could eventually double to 10,000.

Crown Castle has given guidance of 8 percent AFFO growth for 2022, and Schlanger said the company can continue that growth in the future because of its investments in small cells and fiber. “And with this deal with T-Mobile, I think a lot of that is coming true. Not only are we getting 35,000 nodes, but the majority of those are going to be collocated on existing fiber, which means that we’re going to get incrementally higher returns,” Schlanger said. “It’s a proof point that not only is the volume coming, but the economic basis of our strategy is coming through as well.”

The small cell order was part of a negotiation concerning the coming churn as T-Mobile focuses on network synergies (tower decommissioning), post Sprint merger. “There are two periods of major tower churn, 2023 and 2028, for us concerning T-Mobile,” Schlanger said. “We pushed a little bit of a churn from 2023 to 2025. We allowed T-Mobile to pull in some of the 2028 churn into 2025. We’re likely going to be lower than our 7 percent to 8 percent [AFFO growth] in 2025, but that’s a discrete one-time event.”

Embedded in Crown Castle’s 2022 guidance is the expectation that it will put 5,000 small cells on air, similar to its guidance for 2021. Baked into the company’s estimates is the belief that it takes 18 months, given zoning and permitting, to get a single small cell on the air.

“With this T-Mobile agreement and with the Verizon agreement that we have, there is not going to be a significant change to 2022, but going into 2023 and beyond, we believe we will have a significant increase in the amount of small cells that we put on air,” Schlanger said. “We think we can get to [10,000 small cells a year] and then above that over time given the amount of demand that we see in the market.”