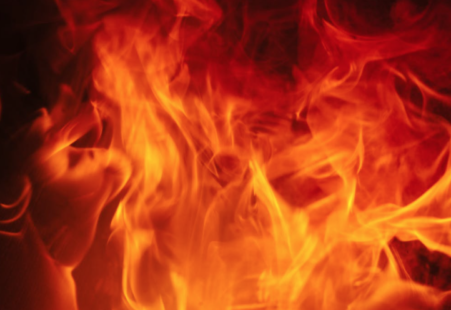 As of August 30, the Hennessy Fire in Northern California destroyed more than 1,200 buildings and scorched 375,000 acres, already burning for nearly two weeks. As the wildfire raced towards Vacaville homes on August 18, many residents made last-minute escapes after never receiving evacuation alerts. The Mercury News reported that the problem stems from unreliable cell phone service.

Due to power outages and the fire itself, alerts were not fully operational, even with the state taking steps to remedy the issue after the Wine Country fires in 2017, and the Camp Fire in 2018. According to the News, gaps in coverage still exist, and that’s a problem when “minutes and seconds could be the difference between life and death.”

“I thought if there was a real danger, we’d be warned, especially given the agricultural nature of this area,” said resident Will Carlson. “It blows my mind that we don’t have a cohesive fire plan.”

However, according to the Solano County Emergency Services Manager, Don Ryan, there was a plan, and it worked. Ryan said the county sent evacuation warnings, including Amber Alert-style Wireless Emergency Alerts that set off every cell phone in targeted areas, and “reverse 911” calls to landlines with recorded messages telling people to evacuate. Ryan added that although the alerts went out as the Hennessey Fire grew, residents may not have received text messages on cell phones or Voice Over Internet Protocol home lines if a nearby tower lost power or was destroyed by the fire.

After Pacific Gas and Electric Company intentionally caused blackouts last fall to reduce the risk of equipment fire, The California Public Utilities Commission (CPUC) adopted a new requirement that cell service sites must have enough power to run for 72 hours during blackouts. The law was passed in July and gave companies one year to install backup systems, so many may not be in place yet, reported the News.

“The companies have had plenty of time” to recognize this flaw in their network in recent years, said Ana Maria Johnson of the Public Advocate’s Office of the CPUC. “California is facing [wildfires], it feels, year-round – we cannot afford to wait until next year for this to happen.”

Another challenge is if the tower gets damaged or destroyed. Even with a power backup, if a natural disaster downs a tower, alerts will not work, even if people sign up for public safety alerts. Ryan noted that thousands of people did successfully evacuate due to the alerts. “The alerts were successful because virtually everyone got out,” he said. “I don’t see a perfect system out there that can make everyone instantly alerted – but we’re trying.”