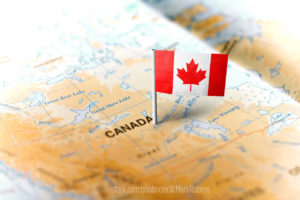 UPDATE Videotron, a subsidiary of Quebecor, has purchased Freedom Mobile from Shaw Communications to create Canada’s fourth national wireless provider. The transaction, which is subject to regulatory approvals, is expected to facilitate the regulatory approval of the merger of Shaw and Rogers.

The combined business of Videotron and Freedom will be well-positioned to launch a strong, competitive national 5G offering, using Videotron’s 3500 MHz holdings, according to Pierre Karl Péladeau, President and CEO, Quebecor.

“Quebecor has shown that it is the best player to create real competition and disrupt the market. Our strong track record combined with Freedom’s solid Canadian footprint will allow us to offer consumers in British Columbia, Alberta and Ontario more choice, value, and affordability through discounted multiservice bundles and innovative products,” Péladeau said.

The transaction addresses concerns raised by regulators regarding the Rogers-Shaw merger, which was announced last spring, and may help that deal to be approved, according to Tony Staffieri, President and CEO, Rogers.

“This Agreement with Quebecor brings us one step closer to completing our merger with Shaw,” said Tony Staffieri, President and CEO of Rogers. “We strongly believe that this divestiture solution addresses the concerns raised by the Commissioner of Competition and the Minister of Innovation, Science and Industry and we look forward to securing the outstanding regulatory approvals for our merger with Shaw.”

The Freedom transaction is conditional on, among other things, clearance under the Competition Act and approval of the Minister of Innovation, Science and Industry. It is also conditional on, and would close substantially concurrently with, closing of the Rogers-Shaw Transaction.