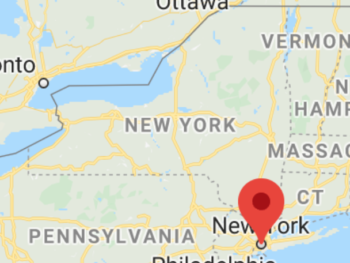 Telecom trade groups representing carriers including AT&T, T-Mobile and Verizon, are suing New York State over a new law that requires internet service providers to offer low-income residents plans that start at $15 for a month of service. They argue that a 2018 FCC decision and the Communications Act both prohibit states from enacting such regulations.

In the lawsuit, the coalition argues that New York has no authority to regulate broadband prices because only the federal government can regulate broadband services, reports Axios. The trade associations ask the court to invalidate the New York law, rule that its enforcement would be illegal, and prevent the state from regulating broadband rates.

The new law is due to go into effect in mid-June. Specifically, the coalition claims that the New York law is in conflict with a 2018 decision by the FCC that affirms that regulating broadband like a common-carrier, whose rates can be regulated, is contrary to the public’s interest. The same FCC decision changed broadband’s classification from a common carrier service to an information service. The New York law also violates the Communication Act’s prohibition against forcing information services to comply with common-carrier regulation, the group states.

New York estimates that 7 million people in 2.7 million households will qualify for the discounted service.

The trade groups say the new law could undermine telecoms’ ability to invest in network upgrades. “While well-intended, this bill is preempted by federal law and ignores the $50 monthly broadband discount recently enacted by Congress, as well as the many unprecedented commitments, donations and accommodations that broadband providers have made for low-income consumers since the pandemic began,” the coalition of broadband groups said in a statement. “We urge state policymakers to coordinate with their federal counterparts, and with the broadband industry, to better serve the needs of New Yorkers.”

In response, New York Gov. Andrew Cuomo told the trade groups to “bring it on,” noted Axios. Cuomo stated: “This is nothing more than a transparent attempt by billion-dollar corporations putting profit ahead of creating a more fair and just society. If these companies want to pick this fight, impede the ability of millions of New Yorkers to access this essential service and prevent them from participating in our economic recovery, I say bring it on.”

Many of the large providers already have low-income service options, but they offer them on their own terms.

Inside Towers reported that Congress created a $3.2 billion program to help low-income households pay for internet during the pandemic, with the $50 a month subsidy program set to launch on May 12. According to the lawsuit, more than 50 providers in New York intend to participate in the Emergency Broadband Benefit subsidy program.