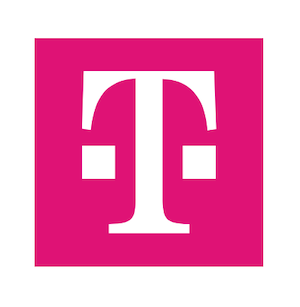 Neville Ray, T-Mobile President of Technology, updated the Connect(X) audience on the carrier’s aggressive multi-billion dollar wireless investments, highlighting gains it is making in the mid-band rollout, as well as its investments in emerging technology. He was a keynote speaker at the first day of the Connectivity Expo yesterday. Only a cursory reference, however, was made to millimeter wave technology, which he said would be rolled out “as needed.”

T-Mobile’s multiband spectrum strategy includes 600 MHz, 2.5 GHz, C-band and millimeter wave. Most of the carrier’s initial activity was in the low-band as it stretched its 5G network across the country, and now the push is on to get mid-band coverage in urban and rural areas, he said.

Today, T-Mobile’s Extended Range 5G uses 600 MHz spectrum to cover 305 million people across 1.7 million square miles nationwide, including in Puerto Rico. “This is the largest FDD 5G network in the world,” he said.

“We’re rolling this 5G network across the country at an incredible pace. Today, we have hundreds of radio upgrades underway, every week,” he said, calling it “a massive undertaking.”

Expanding Ultra Capacity 5G into smaller markets and rural areas is a major focus of investment for T-Mobile, according to Ray. “[Mid-band spectrum] is an area where we have a lot of untapped potential and room to run,” Ray said. “As we look at 5G rollouts in the United States, we have a major head start with our mid-band spectrum deployment, and we continue to pull away from the pack.”

Mid-band spectrum translates to much faster data speeds over a 5G network, according to Ray. The channel size is growing from 60 megahertz up to 100 megahertz of 2.5 GHz spectrum. The carrier is on a path to deploy 14 times the capacity of its standalone network before it was combined with Sprint. “This level of capacity will drive unprecedented levels of performance and new capabilities,” he said.

To make use of the capacity, T-Mobile is working with OEMs as well as its infrastructure partners to push 5G innovation and to create advanced technologies for use on the network, including MIMO and carrier aggregation. Another area is moving voice over to the 5G New Radio, nicknamed VoNR, which will allow carriers to remove any dependence on legacy LTE networks from the 5G networks.

Calling the smartphone the “killer app,” Ray said the carrier is working hard to maximize consumer data traffic over its 5G network. For example, 5G Magenta Max customers are averaging 35 gigs of data per month. “Data usage is way up,” Ray said. “They are streaming 90 percent more video, using 36 percent more data for social media, and have double the mobile hotspot data usage of other T-Mobile customers.”

Ray intimated that the carrier would use fixed wireless internet as a part of its rural coverage plans, saying rural internet users are the second most disgruntled consumers, next to cable users. Today, T-Mobile Home Internet is available to more than 30 million households, which is almost a quarter of all homes in America. That makes T-Mobile, the country’s fourth largest internet service provider, in terms of coverage, he said. “Since we launched this service, we’ve seen a tremendous amount of growth,” he said. “We’re on track to serve 500,000 home internet customers this year, and we’re targeting 7 million to 8 million home internet customers by 2025.”

Along with infrastructure, T-Mobile is investing in emerging technology. Last year, the carrier co-founded the 5G Open Innovation Lab in Seattle with Intel, NASA, Microsoft and others. It also runs the T-Mobile Accelerator Program, which has worked with 75 startups so far on everything from mixed reality applications for classrooms to biomedical monitoring technology for the digital wellness industry.

“At T-Mobile, we’re working to fuel innovation across the country to transform all industries, including those located in rural America, which are so vital to our economy,” Ray said. “We have a number of initiatives to fuel this innovation and drive development. This year, Halo, a new driverless ride hailing service was launched on our 5G network in Las Vegas. A T-Mobile 5G-powered virtual reality lab revolutionized learning from pre-med students at Fisk University and Timberline Communications began using an augmented reality solution, running on T-Mobile 5G to perform cell site upgrades and maintenance.”