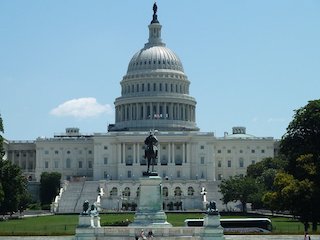 The Senate on Tuesday voted 69 to 30 to pass the $1.2 trillion bipartisan infrastructure package. That action handed a victory to President Joe Biden and the group of senators who worked for months negotiating the agreement in consultation with White House officials, noted Axios. Before the half-hour vote began, Senate Majority leader Chuck Schumer (D-NY) said from the Senate floor: “It’s been a long and winding road, but we have persisted and now we have arrived.”

The measure includes $65 billion for broadband that includes wireless infrastructure. Inside Towers reported the Democrat and GOP senators previously agreed on speeds of 100 Megabits per second down/20 Megabits up. Of the $65 billion overall in broadband subsidies, $40 billion is allocated to states for infrastructure deployment.

Now the measure goes to the House, where it faces a tricky path, according to The New York Times. House Speaker Nancy Pelosi has said repeatedly she won’t take up the measure until the Senate also passes the budget reconciliation bill; work on that legislation began immediately after passage of the infrastructure measure yesterday.

The House does not return from recess until September 20. It could take months for Congress to pass both measures, noted CNBC.

Industry praised the Senate action and urged swift passage of the infrastructure package in the House.

NATE also touched on a couple of its priorities that were included as amendments in the infrastructure package. Washam explained that these initiatives will help provide for a skilled communications workforce and ensure transparency and accountability of federally funded broadband projects.

The Telecommunications Skilled Workforce provision, authored by Sen. John Thune (R-SD), “will help our industry meet the enormous demands for broadband and closing the digital divide resulting from this important legislation,” noted Washam. He also praised an amendment from Sen. Deb Fischer (R-NE), which would require the FCC to provide maps of federally funded broadband projects. Washam said the amendment “would ensure there is transparency and accountability as Congress appropriates billions in funding for broadband infrastructure.” He also explained that “multiple agencies are working on broadband infrastructure, and mapping tools will help ensure that inter-agency issues do not get in the way of deploying broadband projects to rural, unserved, and underserved communities.”

Jonathan Adelstein, president and chief executive officer of the Wireless Infrastructure Association, said the package “reflects the bipartisan all-of-the-above funding strategy that allows wireless to compete, which will get broadband to unserved communities more quickly. By recognizing the role wireless plays in prioritizing mobility, speed of deployment, resiliency, and public safety, this measure will help bridge the digital divide and put the U.S. on the path to win the race to 5G.”